(Photo: Tomohiro Ohsumi/Getty Images)
An attendee walks past the PlayStation logo at the Sony Interactive Entertainment booth during Tokyo Game Show 2018 on September 20, 2018 in Chiba, Japan. The Tokyo Game Show is held from September 20 to 23, 2018.

The PlayStation Store sale is back, with discounts on over 500 PS5, PS4 games, which include titles some of you might not want to miss such as ‘Resident Evil Village’, ‘Cyberpunk 2077 and tons of notable Sony console games.

According to a GameSpot report, Sony’s PlayStation Store is now celebrating two massive sales at the same time, offering hundreds of games at a bargain price.

It should be noted that the two new PlayStation Store sales continue until midnight on March 2. That said, PS4 and PS5 players still have a few days to start filling their library with these discounted titles.

Sony is calling one of the PlayStation Store sales events “Planet of Discounts,” which features sought-after game titles up to 70% off. 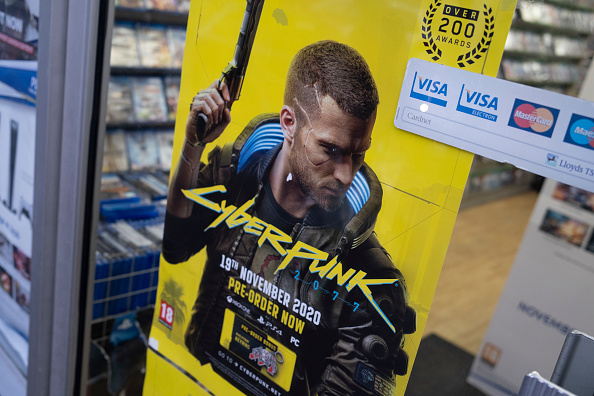 (Photo: Mike Kemp/In pictures via Getty Images)
Sign advertising Cyberpunk 2077 computer game on December 29, 2020 in Birmingham, United Kingdom. Cyberpunk 2077 is a 2020 Action Role-playing video game developed and published by CD Projekt. Players assume the first-person perspective of a customizable mercenary known as V, who can learn hacking and machine skills with options for melee and ranged combat. After its release, it was widely criticized for its bugs, especially in the console versions which also suffered from performance issues. Sony pulled it from the PlayStation Store on December 17, 2020.

According to a recent report from PushSquare, the sale also includes ‘Rainbow Six Extraction’, now at $31.99, and ‘GTA: The Trilogy – Definitive Edition’, which sells for $40.19.

On top of that, GameSpot added in the same report that Sony is offering hundreds of PS5 and PS4 game titles for less than $20.

However, it’s worth pointing out that the massive price reduction is only for some dated games, which are still worth trying out.

Not to mention, the massive sale also treats PlayStation gamers to a PS2 icon, the “Jack and Dexter: The Precursor Legacy,” which is now selling for $8.

Related article: Is a PlayStation 4 worth it in 2022? Here’s why you should (and shouldn’t) get one

This article belongs to Tech Times

ⓒ 2021 TECHTIMES.com All rights reserved. Do not reproduce without permission.