Bangalore, March 23: The hearing on the petition filed by the aggrieved girl who questioned the formation of the special investigation team to investigate the sex CD case of former minister Ramesh Jarkiholi, has been adjourned until March 25 .

The petitioner also requested the High Court to quash the first information report alleging blackmail filed at Sadashivanagar Police Station in Bengaluru. These two separate requests filed by the lady were heard before a single judge of the High Court presided over by Judge M Nagaprasanna.

The bench noted that the defendant in the case, Ramesh Jarkiholi, is a sitting MP and was also named as a defendant in the case brought by the aggrieved girl seeking to quash the blackmail allegation. There is a special court to try the representatives of the people, he said and clarified that the arguments will be heard on March 25 afternoon after removing the jurisdictional doubt.

Prior to this, lead attorney Indira Jaisingh, who represents the victim, explained the background to the case.

Meanwhile, Ramesh Jarkiholi has traveled to Delhi. His trip gains prominence in light of rumors that a cabinet reshuffle is underway. A few days ago, his brother and KMF chairman Balachandra Jarkiholi said that the cases against Ramesh were settled and therefore there were no obstacles to appointing him minister. 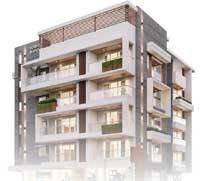