AVANTASIA unveils the cover and tracklist of its new album

On October 21, Avantasia’s ninth studio album, A Paranormal Evening With The Moonflower Society, will be released worldwide via Nuclear Blast Records. The illustrations for the album were painted by Swedish illustrator Alexander Jansson.

A Paranormal Evening with the Moonflower Society will feature eleven magical and powerful songs featuring many prestigious guest stars. The album’s tracklist is as follows:

“From the early song ideas in 2018/2019, to the production, orchestration, keyboards, arrangements, details, I have been personally involved so deeply in every little aspect and detail of this album, that you can no longer get an album. personal or closer to my vision than this. I had time, nothing else to do in the last two and a half years, it was a life of slow movement with music and my Mysteryhausen Studio serving as a portal to another world, full of original music and encounters with my muses, which kept me sane and hopeful. I’m super proud of the album, some of some of my best songs some of my most soulful and extreme vocal performances some of the strongest guest performances ever I couldn’t be happier with the outcome and when you hear it you’ll know why !”

The album was produced by Tobias with Avantasia guitarist Sascha Paeth, who is also responsible for the power and mix of the album. 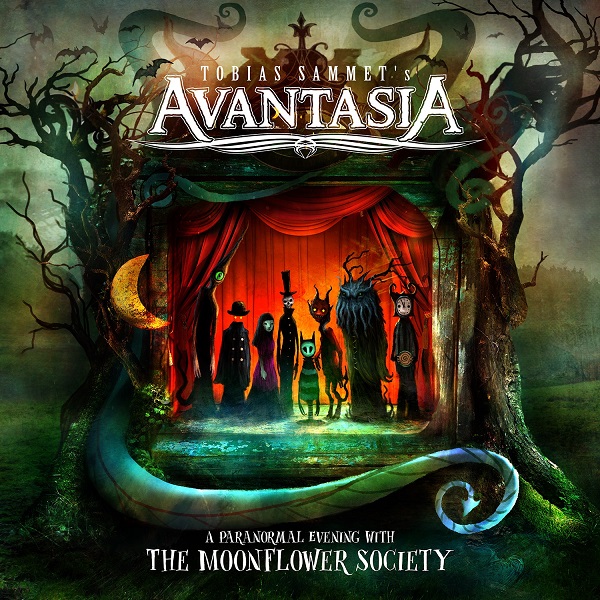 Tobias Sammet’s Avantasia heralds a new era in the ever-expanding fantasy universe of Avantasia with new single “The Wicked Rule The Night”.

After almost three years of hard work, mastermind Tobias Sammet and his exceptional star formation inspire us with an epic full-throttle track, in which the master himself as well as his duet partner Ralf Scheepers present themselves in an absolute voice world class. form.

The song, which gives a first impression of Avantasia’s ninth album, A Paranormal Evening With The Moonflower Society, which will be released in the fall, is accompanied by a richly animated lyric video, which Costin Chioreanu is responsible for.

Tobias Sammet: “I’m so happy with the next album that you could release any song as your first single. But somehow, after the last two years, I felt the need to move on full steam ahead soon And honestly, it’s also cool to know that many would probably have expected a less extreme title to accompany Avantasia’s reentry into Earth’s atmosphere But Avantasia isn’t stylistically set in stone, anything goes , commercial, epic, grotesque or full-on, it doesn’t matter: it’s all part of the world of Avantasia. We’ve found our own locker and different laws apply to it. Long-time fans know that. And so i feel like ‘The Wicked Rule The Night’ is unpredictable, exciting, fresh and new, despite my trademarks as you know them from Avantasia or Edguy Playing it safe is a lot of bullshit.

Watch the lyric video for “The Wicked Rule The Night”: