Hongjoong, the leader of ATEEZ, released covers of 2019 songs in a series titled BY. HONGJOONG. To date, he has five recordings in the series.

Hongjoong’s first solo cover, David Bowie’s Space Oddity, surpassed one million views, which is a significant achievement. Before this, his third cover, Black or white by Michael Jackson, had already registered a million views.

Hongjoong is famous for his rapping skills and is also an accomplished producer, songwriter and singer along with a variety of other talents. His last cover of Linkin Park’s Numb garnered over 2.2 million views. 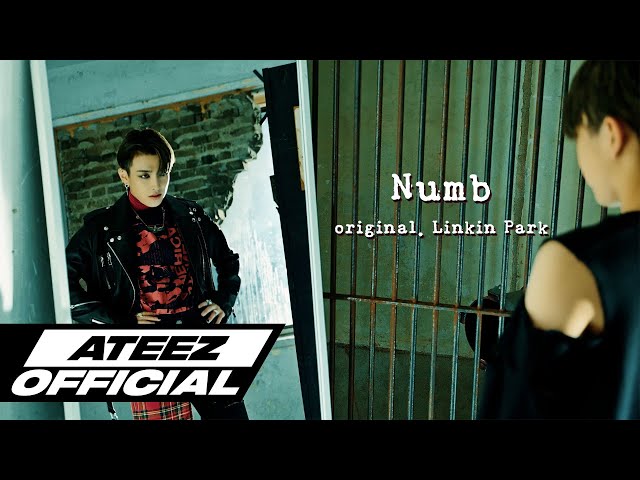 The band recently embarked on their second world tour, THE FELLOWSHIP: BEGINNING OF THE END, in January 2022 after being delayed from their original February 2020 start date due to COVID-19.

The group was also included in a recent issue of Vogue Korea. Here, the interviewer mentioned that maximalism is what comes to mind when looking at their performances. Hongjoong, who has composed songs for all of the group’s albums, revealed that he likes to write minimal songs. He laughs and says:

“I tell you, I was obsessed with music filled with little sounds. However, when I started producing for the band, I was looking for fantastic films and I started browsing wonder.”

He went on to say,

“Rather than refer to it, I wanted to have more diverse thoughts.”

“Since our beginnings, we have tried captivating intensity and also playful intensity. As it’s built up, there’s this notion that it’s ATEEZ, whatever genre we’re trying. With our next album, I would like to break the style of the band once again. Are you going to say that there is also this kind of intensity? We can do it.”

Meanwhile, the band have released new dates for the European leg of their world tour. The band has canceled additional shows for the ATEEZ WORLD TOUR THE FELLOWSHIP: BEGINNING OF THE END IN EUROPE in Madrid, London and Berlin.

The group became the fourth K-pop group to participate in the GRAMMY Museum after groups BTS, SEVENTEEN and GFRIEND. The group actively participated in a new program, Live World Tourin Los Angeles on February 9, 2022. The session included an interview and performance, along with a Q&A session with the audience.

Read also
The article continues below

At the event, the group talked about their musical career and their journey to becoming one of the most renowned K-pop groups in the world today.