Triumph has unveiled the all-new Tiger 1200. In its new avatar, Triumph’s flagship adventure bike has become lighter and more powerful than before. Triumph Tiger 1200 is now available in two versions – GT and Rally – of which the GT range includes three variants (GT, GT Pro and GT Explorer) while the Rally range includes two models (Pro and Explorer). The motorcycles are based on a new lightweight frame with a bolted aluminum rear subframe, which significantly helped make the new Tiger 1200 25kg lighter than its predecessor. The British brand also noted that the new flagship Tiger is significantly lighter and more agile than most of its competitors. 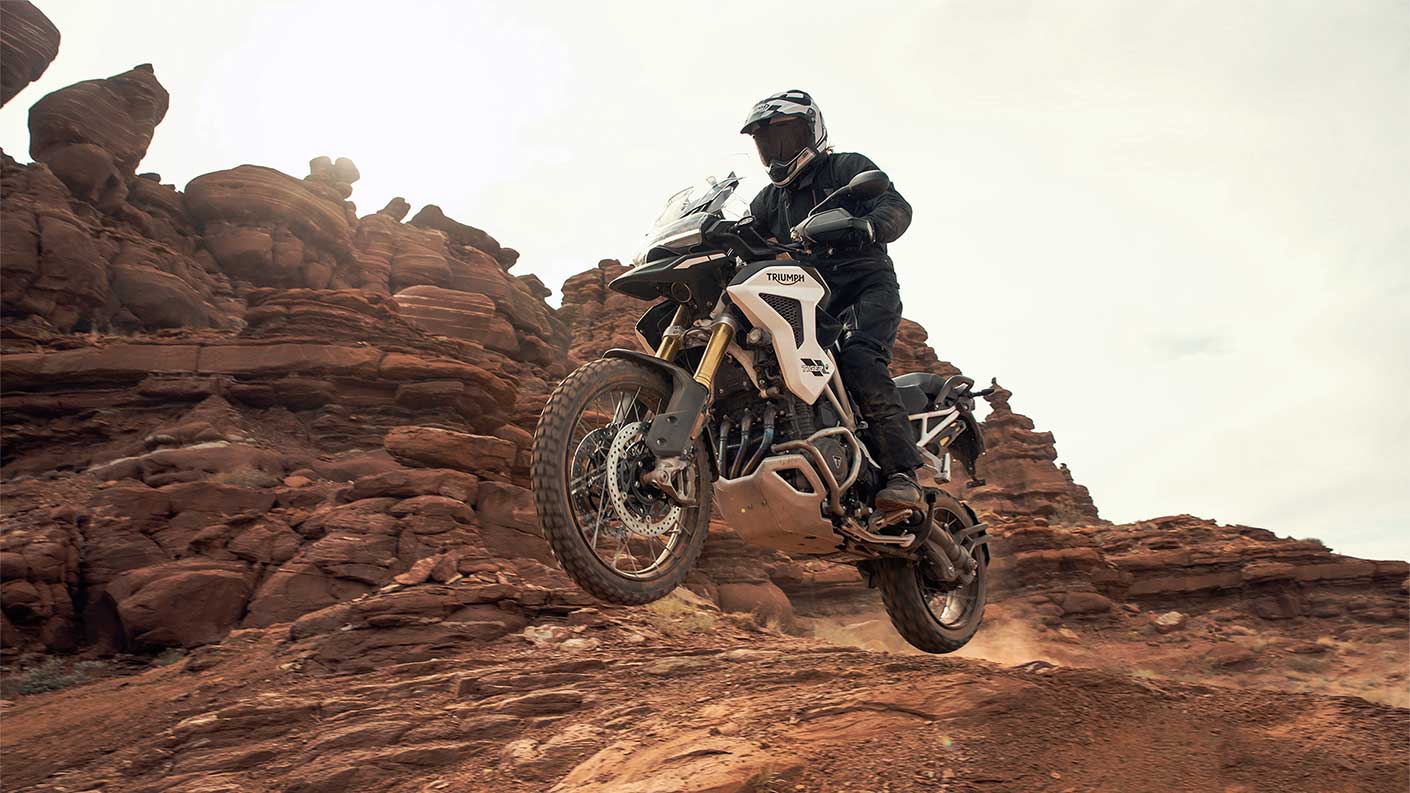 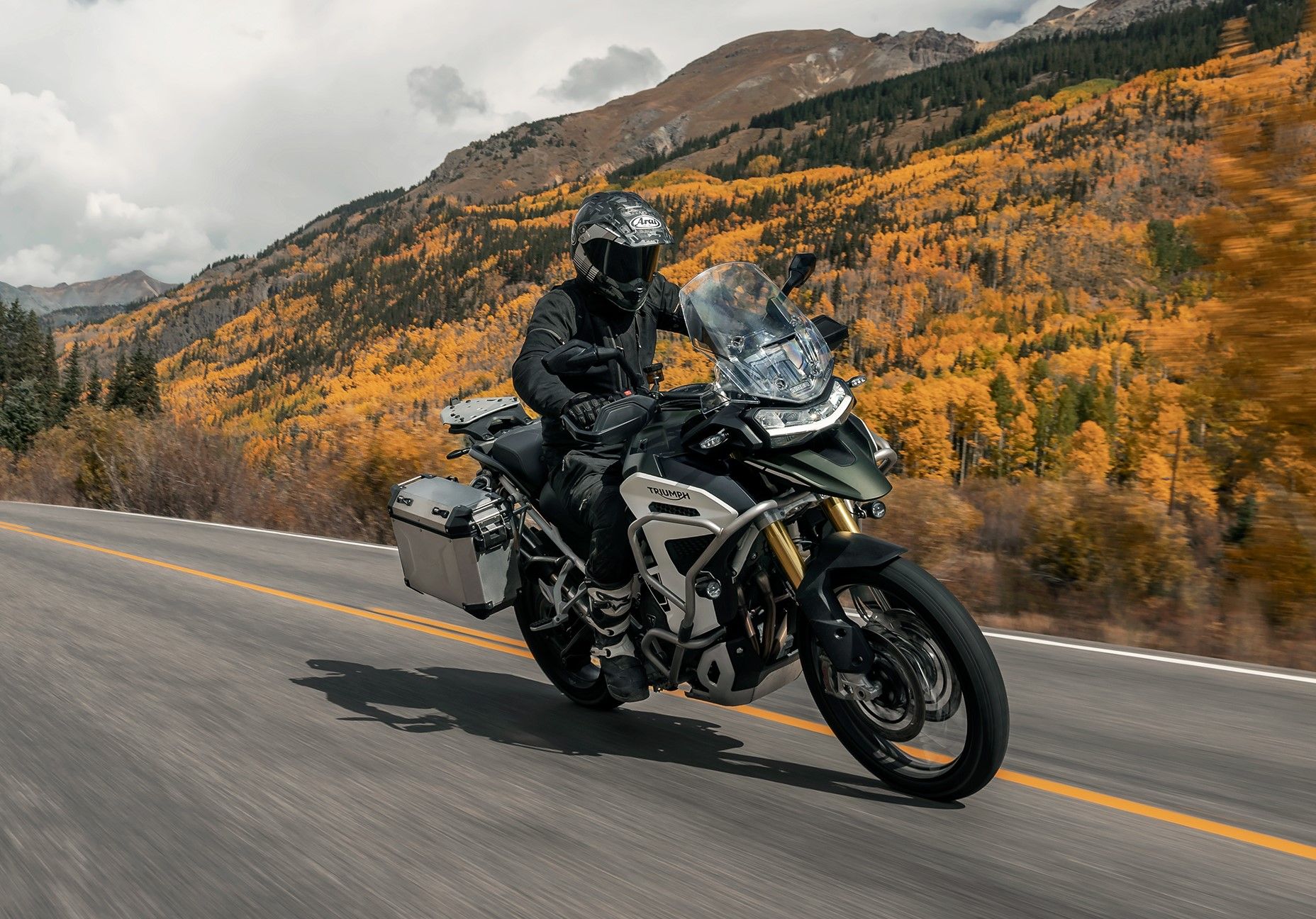 The new Tiger 1200 range is equipped with an all-new 1160cc triple cylinder engine which develops 148hp at 9000rpm and 130Nm of maximum torque at 7000rpm. This means that the new Tiger 1200 has 9 hp and 8 Nm more than the previous Tiger 1200. This new powertrain is mated to a six-speed gearbox with slip clutch and two-way quickshifter (not standard on GT d ‘entry level ). 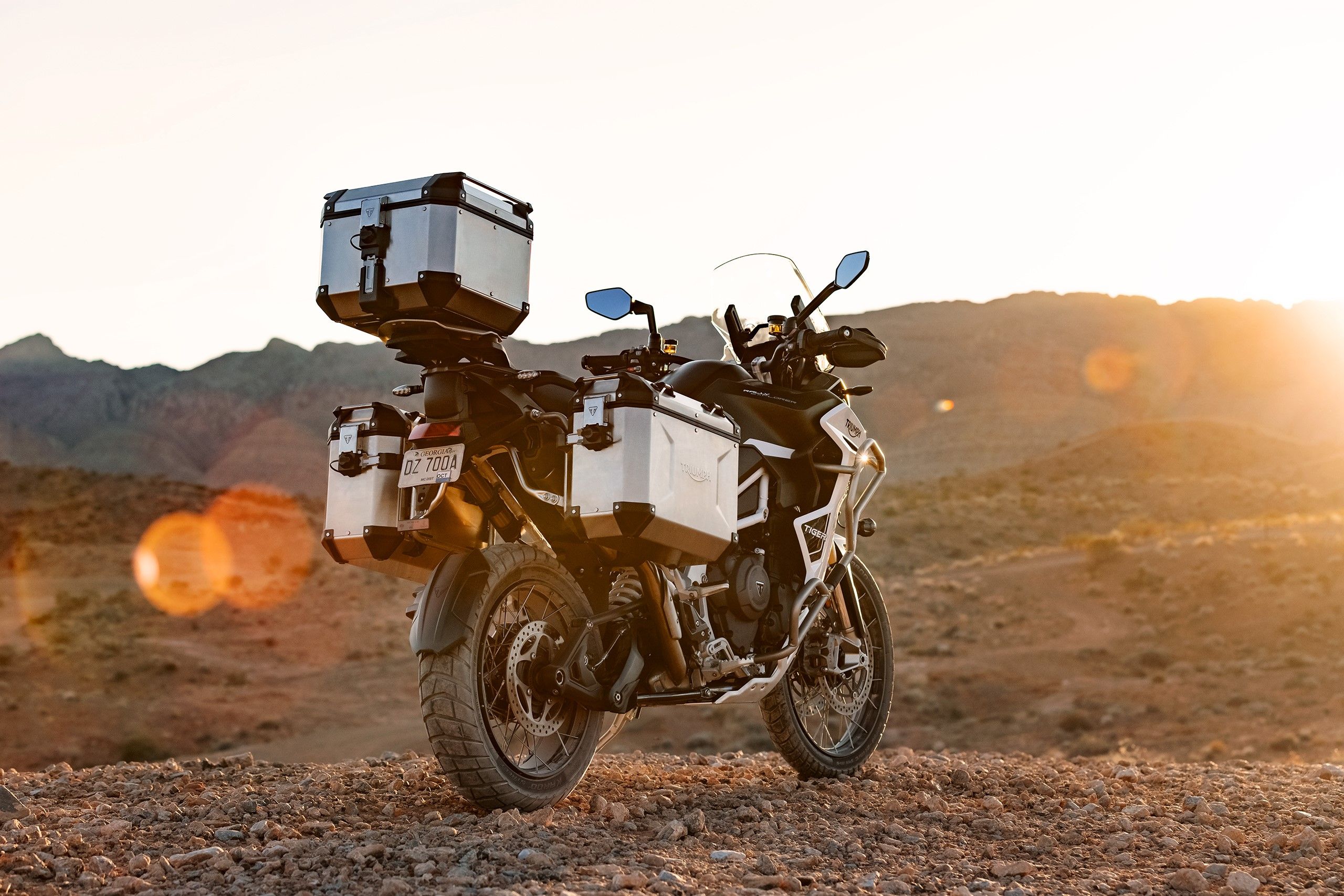 Since the Rally range is more off-road oriented, with the GT range being best suited for touring, the company has fitted these ranges with the same suspension setup but different wheel travel. The Triumph Tiger 1200 uses a Showa 49mm inverted fork with semi-active damping and a Showa monoshock with semi-active damping and automatic electronic preload adjustment. However, the GT range gets 200mm of front and rear wheel travel compared to 220mm on the Rally range. The braking hardware, however, is identical – two floating 320mm discs with a single 282mm rear disc brake with Brembo M4.30 Stylema calipers.